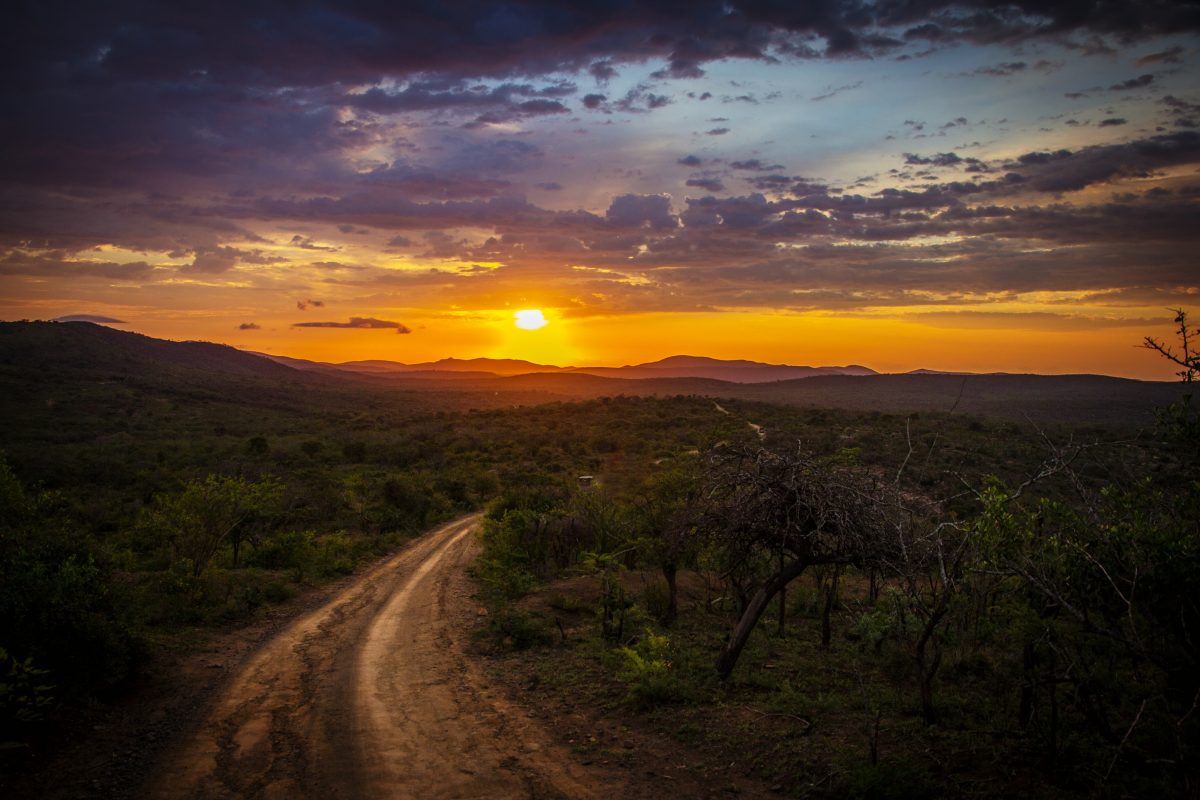 Our Pilanesberg day tours and safaris begin with your collection at approximately 06h00. After a quick drive to the Park, arriving around 08h00 or 08h30, we then begin our journey into the complex of ringed mountains looking for both the big and the small wonders of nature. Lunch is usually at Bakubung Bush Lodge, a 5 star lodge in the area and depending on sightings will be around midday. Alternatively a nice restaurant in the centre of the Park allows more opportunities to explore some further reaches of the Pilanesberg. After this, we head back into the Park for further explorations before departing for Johannesburg around 16h00, afterwhich the safari finishes at around 19h00.

Safari includes: Exclusive use of vehicle and qualified guide; 1 bottle water per person; Lunch and 1 drink; Entry fees to the Park; Highlights

Not included: Items of a personal nature; Extra Drinks; Gratuities

Departure points: All addresses in Johannesburg Northern, Central and Western Suburbs. Pretoria, ORT International Airport, other towns and/ or cities on request and subject to revised pricing. 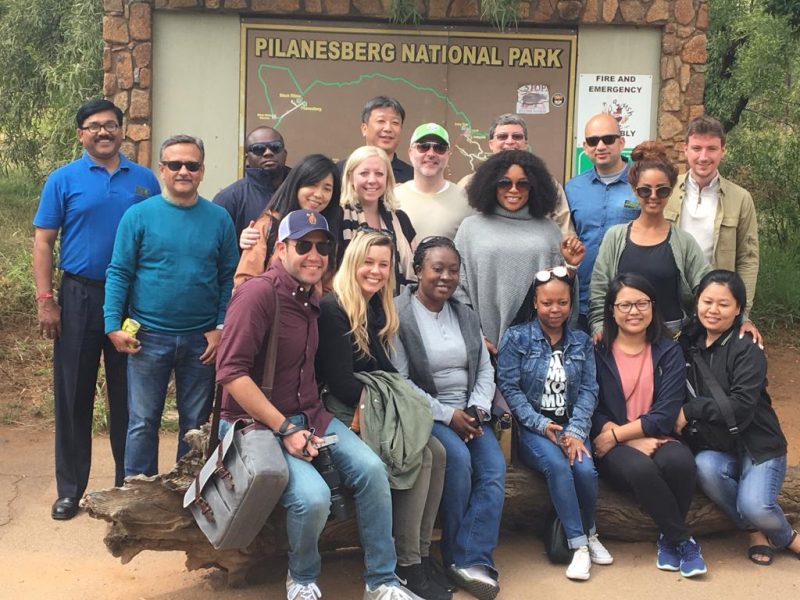 150km from Johannesburg lies Pilanesberg National Park. South Africa’s 4th largest Game Reserve. An extinct alkaline volcano, now known as an “alkaline ring complex” it is one of only three of its kind in the world; One being in Greenland and the other in the former Soviet Union.

Some 1200 million years ago an enormous volcano towering 7000 metres (significantly higher than Africa’s highest point today, Mount Kilimanjaro in Kenya) overshadowed the otherwise featureless plains of the surrounding bushveld. This massive volcano eventually collapsed upon itself and weathered into four concentric rings which rise to 700 metres above the plains; a mere tenth of the original volcano height. The rocks forming the hills are the remains of magma pipes which once fed the volcano from deep below its summit. It is certainly the perfect example of these natural phenomena, making it the perfect safari destination rivalling the majestic Ngorongoro crater in Tanzania.

Having 55,000 hectares (or 550 square km) to explore offers a huge landscape where one can see stunning wildlife in its natural habitat. From the “Big 5” to the “Small 5” the opportunity is tremendous and being so close to the “Gauteng metropolis” is a chance not to be missed.

The diversity of Pilanesberg is such that a number of landscapes and vegetation types occur here. As the reserve moves from the wet Lowveld vegetation to the dry Kalahari there are a number of game, tree and bird species that would never be found cohabiting an area and as such, the species here are incredibly varied and unique to other reserves within Southern Africa.

Geologically, Pilanesberg is hugely important due to the alkalinity of the material and there being a substantial amount of rare and unique minerals present. It is interesting to find Red, White, Green and Ledig Foyaite, Nepheline Syenite, Kimberlite, Fluorite and Uranium Tuff throughout the Park.

Part of the Pilanesberg’s considerable charm is the dramatic landscape – rocky ravines, rolling hills and a massive lake in the middle, called Mankwe, where the very heart of the volcano must have once been. There are grassland areas, hillsides, rocky places, wetlands and lakes – all these habitats mean the park supports a very wide variety of plants and animals. Along with the Big 5 there are Brown Hyaena, Serval, Caracal, Cheetah, Wild (Cape Hunting) Dogs, Hippo, Giraffe, Sable, Tsessebe and Eland. Those are just the mammals! There are numerous reptile species and amphibians as well as invertebrates a plenty.

With over 300 species of birds, on a game drive one is bound to see many of them and can particularly look out for the Crimson Breasted Shrike, Rufousnaped Lark and maybe a Gymnogene on the grassy hillslopes. One would also hope to see the ever-spectacular Lilac-breasted Roller, Pin-tailed Whydah and Blackshouldered Kite on the grasslands. And soaring above them all, you’ll see Black-breasted Snake Eagles, African Hawk-eagles and Verreaux’s Eagle. The more thickly wooded areas yield species like the Arrowmarked Babbler, various hornbills, the Marico Flycatcher, Chinspot Batis, and those small, delightful firefinches (Jameson’s and Redbilled in particular). Listen for the harmonious, liquid sounds of the Blackheaded Oriole, as well as the call of Africa – the resident African Fish Eagles around Mankwe dam. The camps are particularly bird friendly and many Glossy Starlings, Crested Barbets, Grey Louries, Crimson Breasted Shrikes and Hornbills can be seen. Just watch out for the Vervet Monkeys and Baboons who are known troublemakers in the camps. 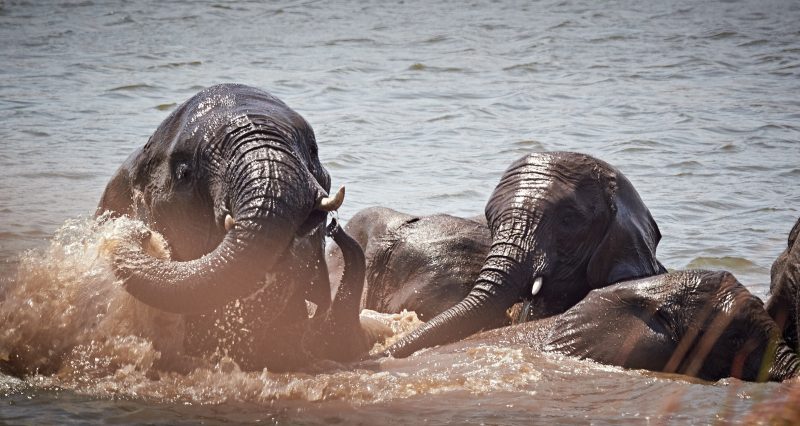 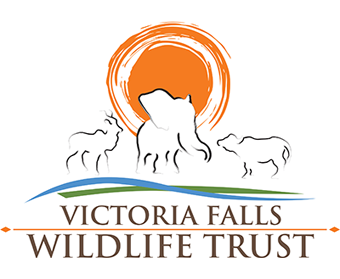 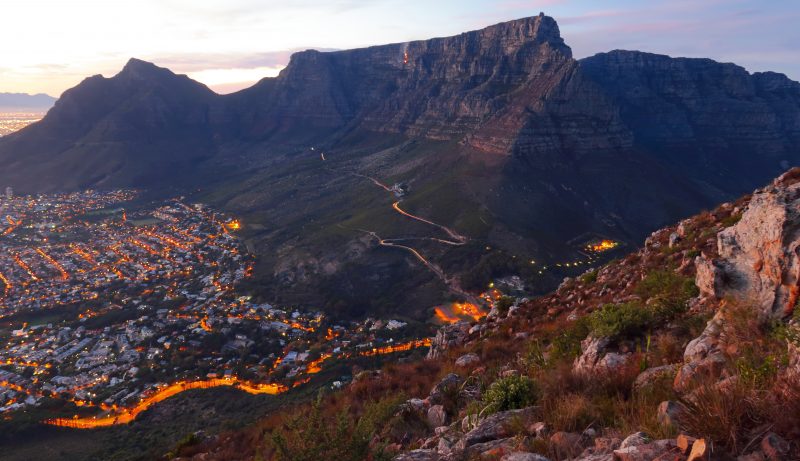 The Consilium team were selected to provide a holistic journey management, transportation, event management and event coordination delivery on behalf of one of the world’s largest financial conglomerates undertaking annual Investment Forum events in Cape Town and Madrid attracting over 3,000 participants. 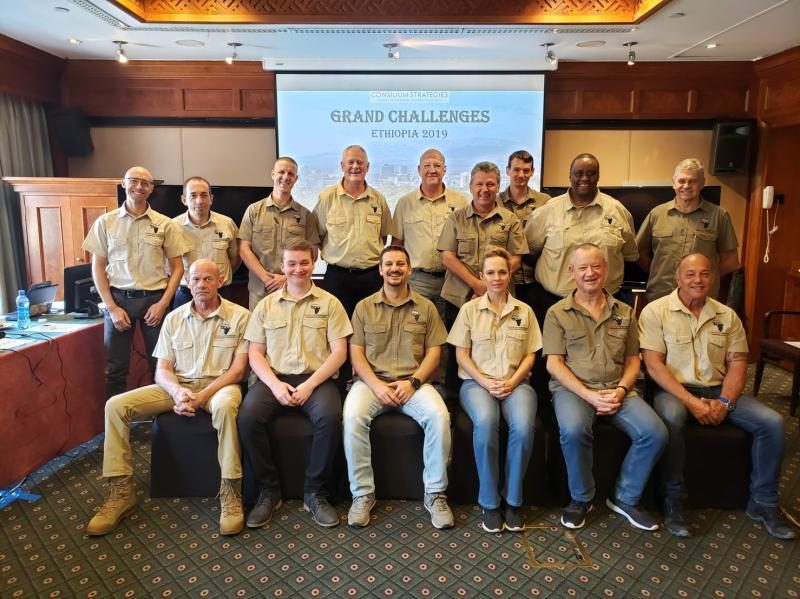 Selected to provide the complete transportation and logistical support to the Grand Challenges Event held in Ethiopia by the Bill & Melinda Gates Foundation, over a period of 3 weeks Consilium supported 1,200 participants undertaking 4,019 movements including 2100 airport Meet & Greet and departure services, and 57 safaris and tours. Come and explore Ethiopia…